Hartford, Conn- The Hartford Yard Goats Baseball Club, the Double-A Affiliate of the Colorado Rockies, has been informed by Ballpark Digest that Dunkin’ Donuts Park has been selected as the “Best Double-A ballpark in America,” for the third time since opening in 2017. It is the first time that a minor league ballpark has won three times. In 2018, Dunkin’ Donuts Park became the first ballpark to repeat in back-to-back seasons.

The Yard Goats opened their fourth season at Dunkin’ Donuts Park on May 11th. In 2019, the Yard Goats had a record 414,949 fans (51 sellouts) and led the entire league in total attendance for the second straight year, while also becoming the first minor league baseball club in Connecticut to attract over 400,000 plus fans in consecutive seasons. The Yard Goats welcomed their one-millionth fan to Dunkin’ Donuts Park on June 22, 2019 becoming the fastest minor league team in New England to reach the mark.

“It’s a tremendous honor to be recognized as the best Double-A ballpark in America for a third time, particularly in light of the difficult year we’ve all been through and the number of new ballparks that have opened recently,” said Yard Goats General Manager Mike Abramson. “Our fans continue to impress us with their commitment, vitality and enthusiasm.”

“Dunkin’ Donuts Park has been a huge success since opening, and this vote shows once again how the Yard Goats have connected with the greater Hartford community,” said Ballpark Digest publisher Kevin Reichard. “The Yard Goats story is one of the most successful in all of baseball, and a win this year confirms that status.”

Tickets for all home games are on sale by calling 860-246-GOAT (4628), by visiting online at www.yardgoatsbaseball.com, or in person at the Click It or Ticket Box Office at Dunkin’ Donuts Park.

The Hartford Yard Goats are happy to offer TANGO Members in the following ways:
– Special fundraiser pricing on tickets for future Yard Goats games
– Create unique experiences at Dunkin’ Donuts Park such as stadium tours, radio interviews, on-field presentations and more!
– Opportunity to utilize Dunkin’ Donuts Park for non-baseball related events
– Provide mascot and player appearances (based on availability)
– Provide donations for any outside fundraising event TANGO Members may have throughout the year! 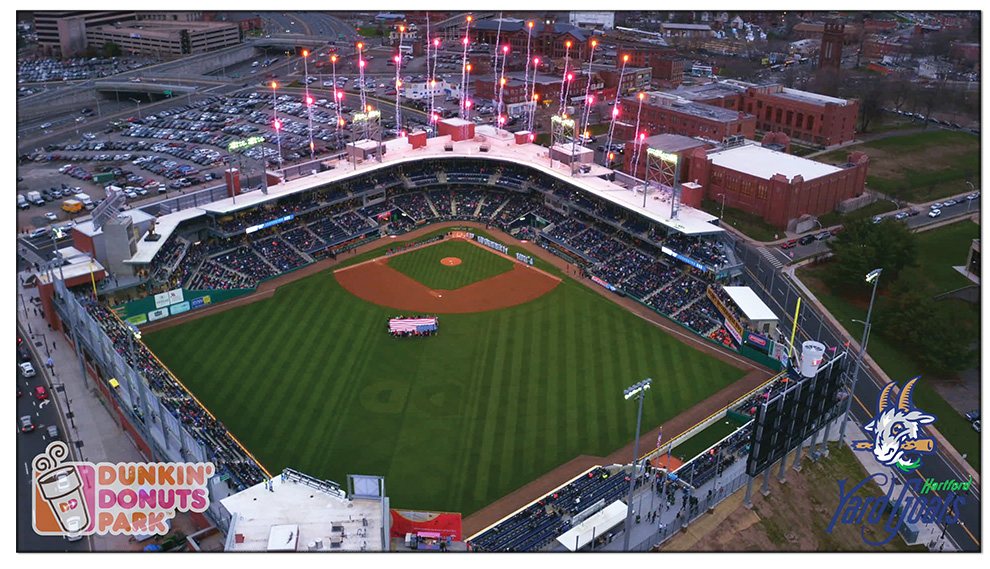