NANOE Asks Board Members to Take Off Their “Stupid Hats”

NANOE Asks Board Members to Take Off Their “Stupid Hats” 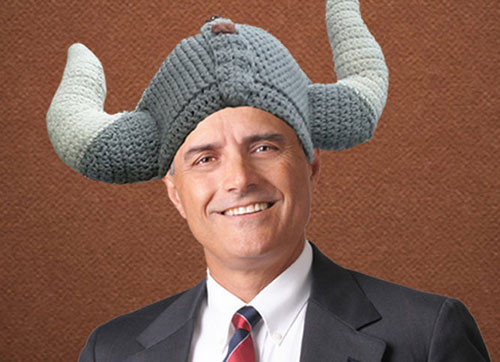 The National Association of Nonprofit Organizations and Executives (NANOE) is a relatively new and modest organization, but that hasn’t stopped it from challenging nonprofit sector dogma at the most fundamental level.

A case in point is its suggestion that the “volunteer governing board” model should be upgraded to a “paid board” model. As NANOE sees it, nonprofits adopting this practice would have a line item for “directors fees” in both their budget and their fund-raising literature – and they would do this proudly to let the world know that they are so committed to the mission that they have raised the money necessary to attract and retain the best talent available to fill seats on their governing boards.

The objective is not simply to start paying current volunteers to attend board meetings, but to induce very talented people to join the board where they will be expected to do real work in return for the money. After all, nonprofits pay their management team in exchange for work, so why not follow the same protocol with board members? 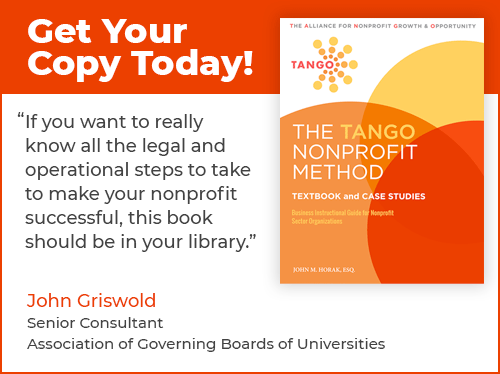 This is a sweeping reversal of sector orthodoxy — which presupposes that directors donate both their time and their money to the organizations they serve. Consequently, it’s no surprise that some of the more prominent sector voices were quick to dismiss NANOE’s message as it was rolled out. See, for example, the March 30, 2017 Chronicle of Philanthropy (New Nonprofit Puts Money over Mission and Ethics) and the April 18, 2017 Nonprofit Quarterly (NANOE’s Approach to Nonprofit Leadership: An Insult to your Intelligence).

The negative reaction is understandable to some extent. NANOE’s paradigm turns conventional wisdom on its head so criticism in defense of the status quo is expected. However, after nearly 40 years as a legal and business advisor in the sector, I respectfully disagree with NANOE’s critics. I suggest that if they take their analysis to a deeper and broader level they will find considerable insight in NANOE’s suggestion, and perhaps conclude, as I have, that the paid professional board model may be the optimal choice for some, but not all, organizations.

We start with a fundamental question — what is a board of directors – and answer it with some history. The concept (and law) of what we commonly refer to as “charity” emerged in medieval England as part of the law of trusts. A charitable trust is an organization governed by a board trustees who hold and manage assets in their names for the benefit of a charitable purpose.

The trust form was predominant for centuries. While it still works well for organizations with activities limited to grant making, it is poorly suited for operating organizations which have service contracts, payrolls, real estate, borrowed money, licensure requirements, and much more. Consequently, as the sector grew and modernized in the middle of the last century, the trust form was pushed aside in favor of the corporate form because corporations have a bifurcated governance structure specifically designed for operating activities.

Corporations have both a board of directors (our topic), and a group of officers who comprise management (such as the CEO or CFO). Corporate law vests all power and authority of the organization in the board, which then delegates power and responsibility to management to conduct operations, but with the board overseeing management’s performance. In other words, the board of directors is at the top of the chain of command. It is not there for show.

Second, operating a nonprofit has become amazingly complicated over the last fifty years. The complexity has fallen on the backs of management, which must deal daily with everything from public expectations, to the morass of state and federal regulation which touches upon everything from HR policy and plans, credentialing, licensing, financial reporting and other challenges that are simply part of the modern turf. Management cannot take this on without board members rolling up their sleeves and doing some real work. Talented CEOs have told me how they long for a strong board to back them up -while expressing their frustration with the common fare offered by “volunteer board recruitment” efforts that don’t always deliver what is needed.

Finally, there is the “Stupid Hat Syndrome.” I first heard this expression from a successful businessman, famously generous with both his money and his volunteer board service. He coined the phrase to express his frustration after years of observing “some of the smartest and most successful business people he knew join a nonprofit board and immediately put on their Stupid Hat.” In other words, they habitually checked their immense brain power and experience at the door. The Stupid Hat metaphor may be hard edged, but the phenomenon is real and all too commonplace in the sector. It’s the 800-pound gorilla in the corner, and it’s as true as the truism that in general “you get what you pay for.”

In contrast, when you pay someone, even a modest amount, you demonstrate respect for what they have to offer; and in return you can comfortably tell them that they are expected to do real work -show up at meetings, read the circulated minutes and financial reports before the meetings, ask informed questions and offer ideas, chair important committees, have calls and meetings with management between meetings to discuss how things are going, and more as necessary. Paying someone for their service is a commercial exchange of value, not an expense. The brain power, experience and work of talented directors who keep their smart hat on at board meetings is worth the money.

I’ll close by saying that there is a lot more to this question than space permits, and by noting that modern nonprofit corporation law is very flexible and allows for use of committees, advisory boards, and other structures that would keep an organization tightly bound to its community while giving this alternative model a chance in appropriate cases —indeed, NANOE’s New Guidelines for Nonprofits may revealed what could be the wave of the future and we should be willing to give it a chance.

I typically use the metaphor of a three-legged stool to explain the nonprofit sector to students and readers. I start by explaining that there are three sets of tasks generally necessary for any society to function.

On Oct. 14th Jack Horak discussed a new wave of thought called “stakeholder capitalism,” which injects some fundamentally new DNA into corporate America by requiring governing boards, for the first time, to consider social justice as they make their business decisions, even if doing so lessens shareholder profits.