In my May 2021 and June 2021 TANGO Trends columns I took up the question of the extent to which the newly emerging nonprofit newspaper industry is subject to “higher level” journalistic ethical standards than their for-profit (commercial) predecessors and competitors.

I believe the answer is yes – almost by necessity — given the fact that these newspapers qualify as “charities” under the law of the state where they are formed – and, in addition, because of their tax-exempt status under federal tax law. Put it this way – while government, because of the First Amendment, cannot regulate journalistic content — state attorneys general can enforce the law of charities (as articulated in the corporate charters of the newspapers and in the terms of donor restrictions), and the IRS can enforce the tax law requirement to obtain and maintain exempt status.

As I said in earlier columns – the base requirement of both state and federal law is that the content be educational — cover both sides of issues so that readers can form their own judgments with respect to the issues of the day.

With that said, what you will see below is a working draft of a Nonprofit Newspaper Code of Ethics suitable for these purposes. The draft is based on the Code of Ethics designed for commercial journalism platforms and published by the Society of Professional Journalists (SPJ), but with an additional layer of content designed to address my position on the matter.

To make things easier – the new material is highlighted below. I do not identify my deletions from the SBJ Code (they are few) – but you can find those by looking to the SPJ Code at the end of the link above.

If any questions or comments – please contact me a or .

Consistent with the requirements of the law, WNN’s journalism will not, directly or indirectly, oppose or endorse any candidate for public office; and, in addition, will be selected, produced, and/or disseminated in a manner consistent with the standards required to maintain tax-exempt status as they may be amended from time to time. To this end: 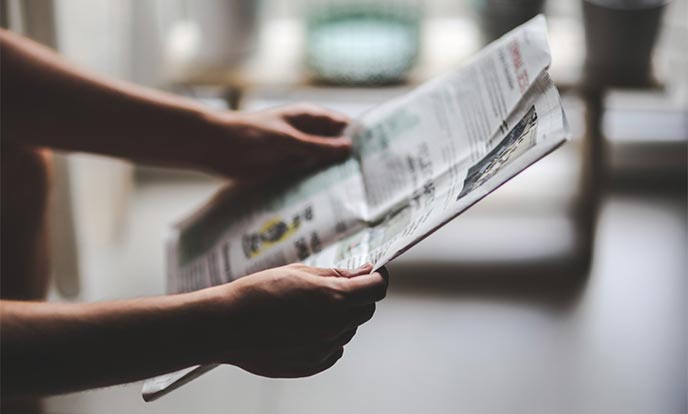 PRINCIPLE ONE: SEEK TRUTH AND REPORT IT

WNN believes that Ethical journalism treats sources, subjects, colleagues, and members of the public as human beings deserving of respect. WNN’s Journalists will:

The highest and primary obligation of ethical journalism is to serve the public. WNN’s Journalists will:

PRINCIPLE THREE: BE ACCOUNTABLE AND TRANSPARENT

The WNN Code of Ethics is a statement of abiding principles supported by additional explanations and position papers that address changing journalistic practices. It is not a set of rules, rather a guide that encourages all who engage in journalism to take responsibility for the information they provide, regardless of medium. The code should be read as a whole; individual principles should not be taken out of context. While WNN enjoys the benefit of the First Amendment, it is subject to the legally enforceable limits of Section 501(c)(3) and will abide by those limits in the conduct of its affairs.